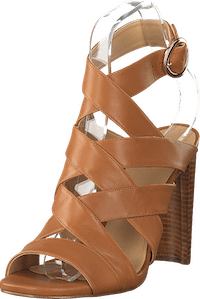 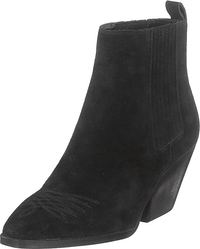 Michael Kors captures and delivers the timeless chic. He is an award-winning designer in luxury accessories and shoes. The shoes usually stay within an exclusive color range with black, white, beige, gold and red. The well-known MK logo is often the finishing touch to the creations. He started his career early and today his creations are sold all over the world. On our store, you will find his stylish designer shoes in a range of models.

Behind all large companies, sooner or later you will find a person where everything can be traced. Of course, this also applies to the fashion industry. Maybe to a greater degree. Ralph Lauren, Manolo Blahnik and Donatella Versace are several well-known fashion designers who ruled their empire, more or less with an iron fist.

Another is Michael Kors. With perseverance, clear visions and an enormous ability to find his audience, the 56-year-old American has paved the way for his brand.

Started as a five year old

Michael Kors was born in New York in the late fifties, the son of a former model and a student. Already as a five-year-old, he designed his mother's wedding dress for her second wedding - he probably liked design and fashion considering his mother's previous job as a model. The pace continued and when Michael became a teenager he sold his own garments from the basement, before applying and gaining admission to the Fashion Institute of Technology in the middle of Manhattan in New York.

However, Michaels was in college quite short, after only nine months he dropped out. After a short time, he started working in a store and also got the chance to sell his own creations there. Shortly afterwards, he was discovered, by none other than the fashion director of the large luxury chain Bergdorfs, and his career now took off in earnest. During the eighties, Michael Kors expanded its sales and was found in several large luxury department stores in the United States.

Today, Michael Kors is one of the world's biggest fashion icons and the brand mainly consists of two parts: Michael Kors Collection and MICHAEL.

With care in mind

With power comes .. maybe not always responsibility. At least not always for charity. But over the years, Michael Kors has made himself known, among other things, for always thinking about the vulnerable, and where money can benefit research on diseases. One example is the organization God's Love We deliver, which delivers food to people living with HIV and AIDS. He has also received awards and prizes for his work in driving cancer research forward. The latest is "Watch hunger stop", a collaboration with the UN Food Program with the aim of reducing hunger. For every watch sold, the money goes to food for 100 children in need.

Michael Kors on our store

On our store, we have shoes from the MICHAEL brand, which are characterized by distinctive design and praised elegance. Here you will find gorgeous ankle boots, stylish boots, high heels, sporty and much more. Find your new favorite shoes from the world's leading fashion designers - known for their "ready to wear" collections and their stylish design language.